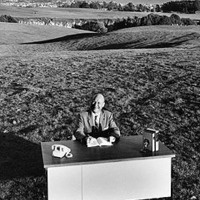 "Memories of Dean and Jane McHenry and the Beginning of UC Santa Cruz," a remembrance at the UC Santa Cruz Arboretum.

"Memories of Dean and Jane McHenry"Bill Doyle, Member of the founding faculty of UCSC and Cowell College,

Short Intermission with photos of Jane and Dean McHenry

You are invited to celebrate Dean and Jane with a glass of McHenry Pinot Noir.

Due to space limitations this event is only open to Emeriti faculty and UCSC Retirees.