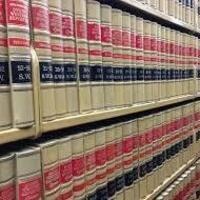 Prepare for the new year with a legal update for 2020 featuring employment law, sexual harassment and discrimination, and SHRM legislative affairs. A half-day event sponsored by the SHRM Northern California and hosted at UCSC Extension in Santa Clara.

Speaker: Jason Gabhart
Jason joined SHRM in March 2014 as the Director of State Affairs in California. Working closely with the SHRM California State Council, he advocates for SHRM’s interests in the State Legislature, the Governor’s office, and various state agencies and departments. Prior to joining SHRM, Jason served as external relations manager at the California Optometric Association, where he assisted optometrists with third party payer issues and with matters they confronted as small business owners. Jason’s previous career experience includes advocacy positions with the Association of California Life & Health Insurance Companies and Griffin & Associates, where he was a legislative and regulatory advocate with both entities. Jason began his career as an attorney with the law firm of Rich, Fuidge, Morris & Iverson. He earned a law degree from UC Davis Law School, and a Bachelor in Arts degree in political science from UC Berkeley.