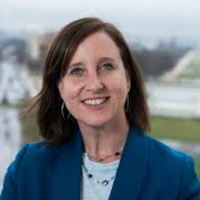 A conversation with Terri McCullough (Oakes '91, politics), chief of staff to Nancy Pelosi, in memory of Gabe Zimmerman (Stevenson '02, sociology)

Gabe Zimmerman (Stevenson '02, sociology) was U.S. Congresswoman Gabby Giffords's community outreach director. He organized the "Congress on Your Corner" event on January 8, 2011, in Tucson, Ariz., where he was among four people killed in a shooting that also severely wounded Giffords and 13 others. Gabe’s unofficial nickname on Giffords’s staff was “The Constituent Whisperer,'' because he had a way of listening to community members that helped create bridges. To mark 10 years since Gabe’s tragic death, we are honoring his legacy with a conversation that celebrates the transformative power of honest and conciliatory public service.