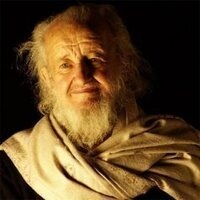 Noel Q. King came to UC Santa Cruz in the late sixties as a "founding father" of Merrill College. Born in India and educated in England, he spent 14 years in Africa, heading departments of religious studies before being hired to same position at UC Santa Cruz. Professor King was a prominent and beloved figure here on the hill. After he died in 2009, the Noel Q. King Memorial Lecture Series was started as a way to keep religious studies, and Noel's idiosyncratic spirit, alive at UC Santa Cruz.

Join us for a talk given by professor Elisabeth Cameron, chair of the Department of History of Art and Visual Culture. Her work centers around the visual cultures of Central Africa; issues of gender, colonialism, post-colonialism, and iconoclasm.