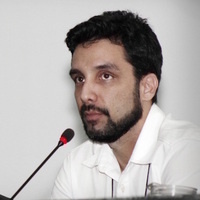 Join us to welcome André Borges from University of Brasília. This event is free and open to the public.

The 2018 Brazilian general elections caught the world’s attention due to the ascension of radical-right populist Jair Bolsonaro to the presidency. The growth of the far right is not only unprecedented in Brazil’s democratic history, but it also represents a breakdown in the bipolar pattern that predominated in the six previous consecutive elections. Although most analyses of the 2018 elections have focused on national electoral shifts resulting from Bolsonaro’s victory, Brazil has a multilevel party system in which subnational political actors and institutions shape the patterns of party competition to a very substantial extent. In this paper we seek to understand party system change at the state level. In particular, we explore the causes of the detachment of gubernatorial races from the presidential election – in 2018, party system incongruence reached the highest levels in Brazilian history. We argue that the established parties reacted to the populist challenge represented by Bolsonaro by pursuing “provincialized” as opposed to “presidentialized” strategies. That is, subnational party branches sought to dissociate themselves from uncompetitive presidential candidates, at the same time they made direct appeals to Bolsonaro’s voters. These defensive strategies allowed centre and right-wing parties to survive to the anti-system vote at the national level and obtain important victories in some of the largest states. In sum, party system change has been less pronounced in regional elections, which has important implications for the reorganization of the political right in the years to come, and for the future of Brazilian democracy.