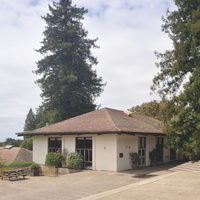 Cowell Colloquium: Where the Deer and the Antelope--and the Banana Slug--Roam: Hair-Raising Tales from the Rough Terrain of the Western American Public Intellectual

Join Patty Nelson, Provost Alan Christy, other Cowell historians, and students as they reflect on the combination of humor and historical perspective as a route to problem-solving in tense times. Patty (Cowell ‘72), a.k.a. the Western American historian Patricia Nelson Limerick, has had adventures aplenty in engaging audiences in many sectors of the American public. She has also enjoyed many escapades as a teacher at Yale, Harvard, and the University of Colorado. Cofounder and faculty director of the Center of the American West at the University of Colorado, Patty is a national leader in American studies, and currently serves as a member of the National Humanities Council. She will share an array of funny and borderline ridiculous stories. She credits her UC Santa Cruz mentors in history and American studies for setting her life on a very rewarding path and professes that her experiences as a founding member of the Original Banana Slug Improvisational Theater have sustained her during her wild career as a public intellectual.

Christine, we'll see what we can do about this.

Much as I'd love to get my UCSC Alum weekend started with tales of yore from early days in the Redwoods, coming from Marin,won't arrive in time to join in. Will there be a recording or transcripts available? Cristine Torney-Albert, 1972 Cowell grad