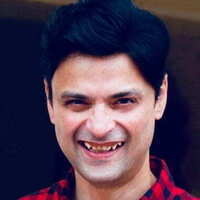 Cultural Studies Colloquium - Aishwary Kumar, "What is Political Cruelty? An Archaeology of the Liberalism of Fear"

Under what conditions might fear become a saturating phenomenon of liberal democracy and extreme violence cease to be even a moral crime? Is this silent war on the body and idea of the citizen on the constitutional theorist and moral philosopher B. R. Ambedkar’s mind when, in his revolutionary classic Annihilation of Caste (1936), he coins the phrase “armed neutrality?” In this lecture, building on a new constellation of thinkers in political theory, Kumar develops the fundamental insight that Ambedkar, Hannah Arendt, and Judith Shklar, in conceptually different ways and with radically different moral psychological consequences, offer on today’s insoluble democratic impasse: that the most catastrophic effect of social inequality is not merely a betrayal of our constitutional compact to justice but a weaponization of a new form of political cruelty. What is this new cruelty? And what kind of constitutional courage– a re-articulation of dignity–  might today be necessary to retrieve our freedom?

Aishwary Kumar is an intellectual historian and political theorist with interests in South Asian, European, and American political thought. His work spans a wide spectrum of issues in moral and political philosophy, constitutional theory and political justice, war and ethics, empire and liberalism, and the history of democratic thought and rights. Kumar’s first book, Radical Equality: Ambedkar, Gandhi, and the Risk of Democracy (Stanford, 2015; Delhi, 2019), was listed by The Indian Express among the fifteen most important works on politics, morality, and law to be published anywhere that year. His essays have appeared, among other places, in Modern Intellectual History, Contemporary South Asia, Social History, Indian Economic and Social History Review, and Public Culture. He has also been featured on the radio shows Entitled Opinions and Philosophy Talk. Kumar is currently working on two related book-length studies. The first, titled “The Sovereign Void: Ambedkar’s Critique of Violence,” examines the genealogies of political freedom and war in Southern and Atlantic political thought, and their relation to notions of “force” across epistemological, theological, and secular traditions. The second, titled “The Gravity of Truth: Disenchantment, Disappointment, Democracy,” takes the Obama Presidency as its starting point to explore the place of moral and political judgment in the global constitutional imagination.

About the Colloquium Series
The Center for Cultural Studies hosts a Wednesday colloquium series which features current Cultural Studies work by campus faculty and visitors. These informal sessions consist of a 40-45-minute presentation followed by discussion. We gather at noon, and presentations begin at 12:15.

Please note that due to increased catering costs, we will only be providing cookies, an assortment of teas, and hot water, but no longer coffee; feel free to bring your own. And in the interest of going green, please bring your own mug!

See our website or our newsletter for information about this quarter's speakers.