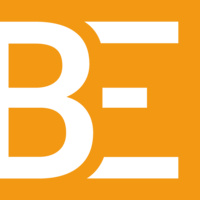 Data is rectangular' and other limiting misconceptions

In software we express our ideas through tools.  In data, those tools think in rectangles.  From spreadsheets to the data warehouses, to do any analytical calculation, you must first go through a rectangle..  Forcing data through a rectangle shapes the way we solve problems (for example, dimensional fact tables, OLAP Cubes).

But really, most Data isn’t rectangular.  Most data exists in hierarchies (orders, items, products, users).  Most query results are better returned as a hierarchy (category, brand, product).  Can we escape the rectangle?

Malloy is a new experimental data programming language that, among other things, breaks the rectangle paradigm and several other long held misconceptions in the way we analyze data.

Lloyd talks about the ideas behind the Malloy language, semantic data modeling, and his vision for the future of data.

Lloyd Tabb spent the last 30 years revolutionizing how the world uses the internet and, by extension, data. Originally a database & languages architect at Borland, Lloyd founded Looker,, which Google acquired in 2019.
Lloyd's work at Looker helped define the Modern Data Stack. At Google, Lloyd continues to pursue his passion for data, and love of programming languages through his current project, Malloy --  a new open source experimental programming language that aims to reinvent how programmers describe data relationships and transformations.

Before Looker, Lloyd was one of the internet pioneers, working at Netscape during the browser wars as the Principal Engineer on Navigator Gold, the first HTML WYSIWYG editor. During his five-year tenure at Netscape, he was the technical lead on several releases of Netscape's flagship product, the Netscape Web Browser. Lloyd was also an early founder and heavily involved in defining Mozilla.org. In 2003, Lloyd was the CTO of LiveOps, one of the very first gig-economy companies. Lloyd also co-founded Readyforce and Luminate.

This event content is powered by Localist Event Calendar Software.