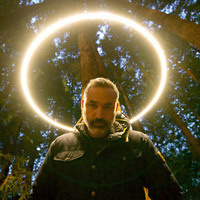 Alex Garland, the brilliant mind behind the Academy Award®-winning sci-fi thriller Ex Machina and acclaimed films Annihilation and 28 Days Later, brings his unique perspective to television for the first time with FX’s Devs. This mind-bending tech thriller, filmed on the UCSC campus, follows a young software engineer as she investigates the secret development division of her employer, which she believes is behind the disappearance of her boyfriend. Join writer/director Alex Garland for a screening and Q&A about this highly-anticipated limited series. Devs premieres March 5 exclusively on FX on Hulu.

Free and open to the public.

Fantastic event despite the initial microphone pains. Loved the screening quality and Q&A. More events like these please.