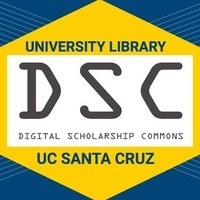 PLEASE NOTE - THE PROGRAMMING FOR THIS EVENT HAS CHANGED.  THIS YEAR'S SYMPOSIUM WILL CONSIST ONLY OF THE 1 HOUR DIGITAL POSTER SESSION FROM 10-12.

Light refreshments will be provided.

Mythikmusic is my YouTube channel that I was able to start thanks to the audio equipment and electric keyboard provided by the DSC. I post original music, as well as song covers on this channel.

This research project will explore collective approaches towards death on Okinawa, by examining the way that death ceremonies, memorials and celebration intertwine on the island. There is a stark contrast between the joyful celebration of Obon, the Okinawa ceremony for welcoming the spirits of the dead back to the house in celebration of the lives of past-loved-ones, and the collective anger, repression and trauma about the death caused during World War Two and the American Occupation. In exploring the ways that public and private mourning coincide and contrast, this research project aims to try and understand how the two dynamics exist in the physical landscape of Okinawa. This project uses a lot of digital media, such as mapping, videos, images and audio, in order to further highlight the many ways in which Okinawa is marked by death, beyond what a simple research paper could capture.

Our project is a 3D reconstruction of an ancient Egyptian tomb that belonged to an elite individual named Psamtek. It is a collaboration with a team at UC Berkeley that involved interpreting primary sources, recreating the tomb in Blender (3D building program), and preparing the tomb for virtual reality in Unity (game building program). By making a historic space available in VR, we are able to revive the space itself and allow people to become closer to the ancient world. In doing so, we can restore narratives of those who lived in the far past in an immersive way.

Wacktory™ is a new take on cooperative gameplay that pushes the limits of both Virtual Reality and traditional couch co-op where players work together to beat the clock and create the most advanced product ever seen — The Cube.