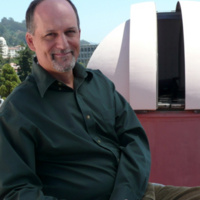 The 'Evening with the Stars' program gives the public a chance to experience Lick Observatory at night!

Geoff Marcy and his group have discovered hundreds of planets orbiting around other stars. He is a Member of the National Academy of Sciences, won the NASA Medal for Exceptional Scientific Achievement, was named Discovery Magazine's 2003 Space Scientist of the Year, was co-recipient of the Shaw Prize, and was a co-investigator on the NASA Kepler mission that discovered over 4000 planets, most being nearly the size of our Earth. He is now searching for intelligent life in the universe.