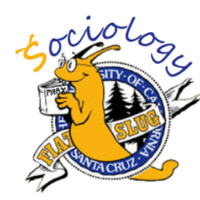 Sociology@UCSantaCruz faculty members James Doucet-Battle and Jaimie Morse will be in conversation.

James Doucet-Battle is an Assistant Professor in the Department of Sociology and affiate of the Science & Justice Research Center at the University of California, Santa Cruz. He is a graduate of the University of California, Berkeley/University San Francisco Joint Medical Anthropology Program. His research and teaching interests lie at the intersection of science, technology and society studies, development studies and anthropological approaches to health and the medicine. He applies these interests to study the political economy of genomic discourses about race, risk, and health disparities.

Jaimie Morse MPH, is an Assistant Professor of Sociology at the University of California, Santa Cruz, and a Senior Visiting Fellow with the Global Health Justice Partnership at Yale University. She studies knowledge, technology, and policy in biomedicine and public health, with a focus on the interplay of law, health, and human rights in processes of policy change. Her current project examines these dynamics through a focus on the emergence of the sexual assault medical forensic exam (commonly known as the “rape kit”) as a tool of anti-rape activism in emergency medicine in the United States since the 1970s and its adaptation for use with refugees and internally displaced persons.