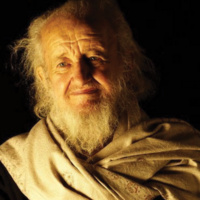 Voices of God, Voices of Madness

Tanya Marie Luhrmann is the Watkins University Professor in the Stanford Anthropology Department. Her work focuses on the edge of experience: on voices, visions, the world of the supernatural and the world of psychosis. Using a combination of ethnographic and experimental methods, she has done fieldwork on the streets of Chicago, in Chennai, Accra, and the South Bay; with evangelical Christians who seek to hear God speak back, with Zoroastrians who set out to create a more mystical faith, and with people who practice magic. She was elected to the American Academy of Arts and Sciences in 2003 and received a John Guggenheim Fellowship award in 2007, and has served as a regular contributing opinion writer for the New York Times. When God Talks Back was named a NYT Notable Book of the Year and a Kirkus Reviews Best Book of the Year. Her new book, Our Most Troubling Madness: Case Studies in Schizophrenia Across Cultures, was published by the University of California Press in 2016.

Professor Noel Q. King helped introduce the study of religion to a young UC Santa Cruz and was instrumental in engaging Merrill College students in lifelong curiosity about and respect for the beliefs of the peoples of the world. Please join us for the 5th Annual Noel Q. King Memorial Lecture at Merrill College.