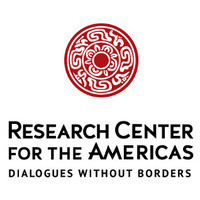 Fighting Racism and Sexism in Education, the Law, and Human Rights in Contemporary Brazil

For the last decade and a half an increasing reactionary wave has been taking over Brazilian culture, politics, and society. What started out as a backlash against the Workers’ Party’s progressive policies toward Afro-Brazilians, women, LGBTQ, and the poor has culminated in the election of neofascist president Jair Bolsonaro in October 2018. In order to understand the current moment, marked by the victory of the right, it is necessary to examine the preceding 13-year period, marked by the successive presidencies of the center-left Workers’ Party and the policies established to fight class, racial, gender, and sexual inequalities. With that concern in mind, our invited speakers are two Brazilian scholar-activists whose research projects have analyzed the struggles against racism, sexism, and their intersections, specifically in the realms of Education, the Law, and Human Rights before and during the Workers’ Party’s presidencies.

Eliane Cavalleiro, Visiting Professor of Latin American Studies at Stanford University, is a longtime Afro-Brazilian activist and anti-racist educator who worked as the General Coordinator of Diversity and Educational Inclusion in Brazil’s Ministry of Education during president Lula’s first term in office. Dr. Cavalleiro’s lecture is entitled: Education and the Struggle Against Racism in Brazil: Limits and Possibilities.

Cecília McDowell Santos, Professor of Sociology at the University of San Francisco, is a longtime feminist activist whose work has examined laws, policies, and (trans)national legal mobilization to combat violence against women. Our speakers’ analyses of the limits and possibilities of anti-racist and anti-sexist education and legal mobilization will provide us with resources to reflect upon Brazil’s distressing contemporary moment in light of the country’s recent history. Dr. McDowell Santos’ lecture is entitled: Human Rights against Human Rights: Legal Mobilization in Reactionary versus Feminist, Antiracist Politics in Brazil Today.

This event is sponsored by the RCA and organized by the RCA research cluster “Interrogating the Intersections of Race, Gender, and Sexuality in Brazil’s Current Reactionary Wave.”

Eliane Cavalleiro holds a PhD in Education from the University of Sao Paulo – USP. She served as the executive coordinator of the NGO Geledés – Institute of Black Woman (2000-2004), and worked as a UNESCO consultant – Regional Education Workshop for Latin America and the Caribbean/OREALC. She worked as the General Coordinator of Diversity and Educational Inclusion, in the Secretariat of Continuing Education, Literacy and Diversity of the Ministry of Education – MEC (2004- 2006) during Lula’s first presidency. She is the former President of the Brazilian Association of Black Researchers (2008-2010). Dr. Cavalleiro has published extensively on racism, prejudice, discrimination, and anti-racism in children’s education, families, and households in Brazil

Cecília MacDowell Santos holds a Ph.D. in Sociology from the University of California, Berkeley, and a Master in Law from the University of São Paulo. She is a Professor of Sociology and Latin American Studies at the University of San Francisco, and Researcher at the Center for Social Studies at the University of Coimbra in Portugal. Her research interests focus on sociology of human rights, women’s rights activism, intersectional violence and justice, and Brazilian law, politics, and society. Her current research agenda investigates how legal mobilization within and across national borders relates to politics and shapes the recognition of violence and subjects of rights on the basis of gender, race, class, and/or sexual orientation. She is the author of Women’s Police Stations: Gender, Violence, and Justice in São Paulo, Brazil (Palgrave Macmillan, 2005).