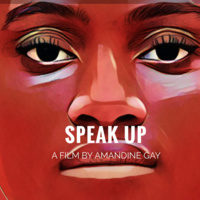 Ouvrir la voix (Speak Up), 2017 is the debut film of Montreal-based Afro-feminist filmmaker, activist and journalist Amandine Gay. In this feature-length film, women of African descent converse about their experiences within the African diaspora. By sharing their experiences and aspirations for the future, they aim to reclaim control of their own representation.

This screening is in conjunction with the exhibition Question Bridge: Black Males at the Mary Porter Sesnon Art Gallery (February 6- April 6).

Group
Institute of the Arts and Sciences
Hashtag