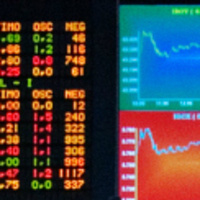 Finance Moves West: Disruption or the Rise of the Machine?

What moral visions today and in the past have guided the finance sector?

Today Silicon Valley is leading a supposed democratization of the financial sector. Now no longer will one have to rely on an expert financial advisor to invest their money, one can invest themselves. This transformation is happening right at the moment when women take over as managers of more than 50% of the wealth in the United States, while white men retain their hold on the technology industry (According to recent reports in the Washington Post and the Financial Times, SV is 83% white and 75% male). The effects of these biases on who is served and not served by SV innovations recently have been making headlines. However, little attention has been paid to how how these changes are affecting one of the most powerful sectors — finance. In this session, we will consider who benefits and who loses as algorithms designed in SV increasingly direct how money flows. What vision of democracy and ethics shapes this supposed democratization?

As we discuss these specific developments, the panel will also consider these broader more fundamental questions:

Sherry Paul CFP®, CIMA®, Private Wealth Advisor, Senior Portfolio Manager, UCSC Alumna. Sherry is a Private Wealth Advisor and Senior Portfolio Manager who leads an all-female wealth management team. She has been ranked by Forbes both as one of the Top 200 Women Wealth Advisors in America and as a Best-in-State Advisor. Sherry has been featured in the Forbes “Mentoring Moments” podcast series, in which successful women share pivotal moments of their career journeys. In 2018, she was one of 12 women selected to join Bloomberg New Voices, an initiative focused on diversifying news coverage in business and finance. Sherry authored What It’s Worth, an article published in Muse by Robb Report with two companion video interviews (Money Mission and Feel Empowered When You Spend), that explore the importance of having a money mission as part of a successful investment plan.

Nirvikar Singh, Director of the Center for Analytical Finance, Distinguished Professor of Economics at UCSC.

Jenny Reardon, Founding Director of the Science & Justice Research Center and Professor of Sociology at UCSC.

Co-sponsored by the UC Santa Cruz Science & Justice Research Center, the Center for Analytical Finance, and the Santa Cruz Institute for Social Transformation. The event is the second of a series of dialogues on the moral imaginaries of Silicon Valley being hosted by the Science & Justice initiative Seeing Like A Valley