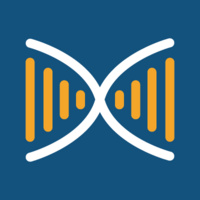 In addition, the event will focus on the societal and ethical questions raised by novel uses of genetics/genomics in forensics work. Think Golden Gate killer case, in which law enforcement used a publicly available server with genomic information from thousands of individuals who have completed commercial ancestry kits, to find potential leads for the assailant in question, a use not anticipated by many users of this ‘recreational’ service. There are also many difficult questions about whether and how DNA technologies are being used to identify ‘race’ or ‘ethnicity.’ As with any science with a public impact, thinking critically about the balance between ELSI (Ethical, Legal and Social Implications) concerns and the need to solve cases is an essential part of responsible science. For example, looking at police and lay perceptions of race, ancestry, and physical appearance, as well as the caveats with new genetic tools like HIrisPlex and Parabon’s® Snapshot® that are being incorporated into case investigations at an alarming rate.

This event follows the outcomes of the recently launched Forensic Genomics for Investigators course first offered for California investigators through P.O.S.T. November 12, 2019 here in Santa Cruz.

Bridget F.B. Algee-Hewitt is a biological anthropologist at Stanford University who studies skeletal and genetic trait variation in modern humans. Her research combines data analytic and hands-on laboratory approaches to the estimation of the personal identity parameters – like sex, ancestry, stature, and age – that are essential components of the biological profile used in forensic identification of unknown human remains and for the paleodemographic reconstruction of past population histories in bioarchaeology. Concerns for social justice, human rights, and issues of group disparities underlie much of her work. As a practicing forensic anthropologist and geneticist, she provides forensic casework consultation to the medico-legal community.

Ed Green is an Associate Professor of Biomolecular Engineering at UCSC and a principle investigator for the Paleogenomics lab. The Green lab, is interested in genome biology, particularly focused on the problems of assembly and comparative genome analysis. Recent and ongoing projects include genome-scale analysis of archaic human genome sequence, comparative genomics of Crocodilia, and the development of new methods to assemble high quality de novo genomes. The lab is also interested in applying high-throughput sequencing to address questions in molecular biology including the evolution of gene expression, alternative splicing, and population genetics.

Lars Fehren-Schmitz is both a physical anthropology professor at UCSC and principle investigator for the Human Paleogenomics lab. His research focuses on furthering the understanding of South American population history through altitude adaptation and human-environment systems.

Cris Hughes is a forensic anthropologist interested in perceptions of race, and the use of ancestry in both forensic investigations and the practice of forensic anthropology. Cris uses genetic and skeletal data to study estimates of ancestry in present day Latin American populations and is particularly interested in how ancestry as a piece of information drawn from the body, can impact the identification process of that person. As an Assistant Clinical Professor of Anthropology, University of Illinois at Urbana-Champaign, Cris has lectured at  annual Genomics for™ workshops (e.g. Genomics for™ Teachers, Genomics for™ Judges, Genomics for™ Prosecutors, and Genomics for™ Police) since 2013 as an outreach affiliate for the Carl R. Woese Institute for Genomic Biology at the UIUC. Recently, Cris’ work with ancestry is centered around the deaths of migrants along the US-Mexico border. Cris is a visiting scholar with the UC Santa Cruz Science & Justice Research Center, and UC Santa Cruz Anthropology alum.