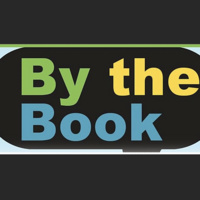 How Green Became Good: Urbanized Nature and the Making of Cities and Citizens

Hillary Angelo, Author of How Green Became Good, is joined in conversation with Robin Wagner-Pacifici, Neil Brenner, and Claudio Benzecry

How Green Became Good traces a century of greening projects in Germany’s Ruhr region in order to provide a sociological explanation for urban greening as a contemporary, global phenomenon. Across historical moments, Angelo shows that greening is as much a social process as a physical one. She documents the persistent impulse to bring nature into urban life in a response to a host of social changes, and reveals an enduring conviction that green space will transform us into ideal inhabitants of ideal cities. Ultimately, however, she finds that the creation of urban green space is more about how we imagine social life than about the good it imparts.

“Angelo risks sacrilege; she takes on nature as a mundane tool of politics, entertainment, and real estate. The ideology of green comes out of its black box, exposed to insightful and historically aware analysis.” — Harvey Molotch, New York University

“How Green Became Good takes the conventional western urban imagination out of Chicago’s Loop and past Los Angeles’s Sixty-Mile-Circle to the expanse of the Ruhr and rewrites urban theory from there. This brilliant book on more than a century of “urbanized nature” in Germany’s former industrial heartland will forever change our views of the industrial city as preceding the green city. If you are looking for a concept of the urban beyond the Zwischenstadt, you will find it in Angelo’s magisterial contribution.” — Roger Keil, York University

Hillary Angelo is Assistant Professor of Sociology at the University of California – Santa Cruz. How Green Became Good is her first book.

Claudio Benzecry is Associate Professor of Communication Studies and Sociology (by courtesy) at Northwestern University. He is the author of The Opera Fanatic: Ethnography of an Obsession (University of Chicago Press, 2011) and the author of The Perfect Fit: Creative Work in the Global Shoe Industry (forthcoming 2021).

Neil Brenner is the Lucy Flower Professor of Urban Sociology at the University of Chicago. His most recent books are New Urban Spaces: Urban Theory and the Scale Question (Oxford, 2019) and Critique of Urbanization: Selected Essays (Bauwelt Fundamente, 2016), as well as the edited volume Implosions/Explosions: Towards a Study of Planetary Urbanization (Jovis, 2014).

Robin Wagner-Pacifici is a University Professor affiliated with the Department of Sociology at The New School for Social Research. She is the author of a number of books, most recently What is an Event? (University of Chicago Press, 2017) and The Art of Surrender: Decomposing Sovereignty at Conflict’s End (2005).

Join us on April 30th for this interactive and free conversation on a pressing and more relevant than ever subject!