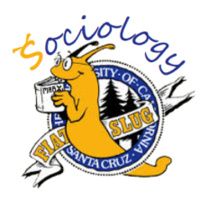 Tice analyzes the accounts of women of color and white feminists that were generated by their border crossings to support the Cuban revolution.

A wide spectrum of left feminist activists from the global North have participated in international solidarity delegations such as the Venceremos Brigades, to support global liberation struggles, a longstanding form of radical social activism used to challenge imperialism, capitalism, and militarism. Based on oral histories conducted with women revolutionary travelers who identified with women’s, gay, and/or black ethnic liberation struggles; personal and organizational archives; travel accounts; and radical left publications, Tice focuses on the differing narratives and experiences recounted by U.S. radical women of color and white feminists who defied U.S. travel bans to travel to Cuba.

Tice highlights the differences and overlaps in how white women and women of color reacted to their political travels to Cuba and how intersectional politics and schisms shaped their stories and interpretations of Cuba and each other, as well as the impact on their post-Cuba coalitional activism. Tice focuses on the internal debates within the delegations about the prioritizing of intersectional relations of power, highlight the political differences around Cuban revolutionary practices, revolutionary subjectivities, and the daily negotiations of race, sexuality, gender, and cultural imperialism that occurred while in Cuba. Tice examines the fault lines and limits but also the post-Cuba networks and circuits that supported subsequent U.S. coalition building among feminist-identified travelers to Cuba. Tice concludes by suggesting the import of these debates and experiences for contemporary transnational feminist solidarity delegations and coalitional exchanges.

Karen Tice is a Professor of Gender and Women’s Studies at the University of Kentucky. She traveled to Cuba in 1978 and again in 2015. She is currently writing a book on U.S. Cuban solidarity exchanges, past and present,  and the intersectional and transnational solidarity politics of radical women of color and white feminists.

Co-Sponsored by the Feminist Studies department.