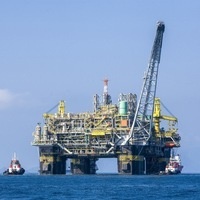 Oil and Gas Development off California’s Coast–Is More in Our Future?

A Moderated Discussion with the Experts

The Seymour Center will host a lively and informative panel discussion about the possibility of further oil and gas development off California’s coast.

Last January, the Interior Department announced its intention to allow drilling in nearly all U.S. waters, the largest expansion of offshore oil and gas leasing ever proposed by the federal government.

This would include nearly every coastline in the nation, putting regions that were long off limits to oil and gas development back on the table. While it’s unlikely that drilling would ever be allowed in the Monterey Bay, production anywhere along California’s coast is risky. From additional tanker traffic to an actual spill in neighboring waters, potential hazards abound.

The Ken Norris Memorial Lecture is free. Recommended for ages 12 and older. Seating is limited and first-come, first-served.

——————————————————————————————————————————————————
Join the Seymour Center each fall for this outstanding tradition––thoughtful topics and renowned thinkers in an intimate setting. This annual lecture is named in honor of Ken Norris and his big-picture thinking. Ken was a scientist, naturalist, conservationist, teacher, and a long-time UC Santa Cruz professor of natural history. He was known for his pioneering work with dolphins, helping to author landmark federal legislation protecting marine mammals in the 1970s, establishing the University of California Natural Reserve System, and for being part of the team that founded the Long Marine Lab.

Oil and Gas Development Off California’s Coast–Is More in Our Future?