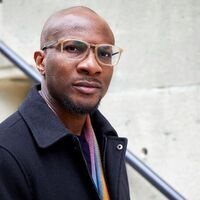 Join us for the first Media and Society lecture of Fall 2019 with Teju Cole, a photographer, novelist, art historian, and the New York Times Magazine photography critic. He has recently co-authored a book on refugees and displaced people, titled Human Archipelago, and several of his recent pieces for the New York Times focus on the visual depiction of human suffering and its purpose ("A Crime Scene at the Border" and "When the Camera was a Weapon of Imperialism (and still is)"). Co-sponsored by Kresge College, the University Library, the Institute of the Arts and Sciences, The Humanities Institute, EOP, the office of Student Achievement & Equity Innovation, Porter, Merrill, and Cowell Colleges, the African American Resource and Cultural Center, Critical Race and Ethnic Studies, HAVC, and SOMeCA.