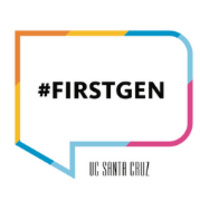 Life Happens: Challenging Notions of Failure Through Stories of Resilience

At this event we will reflect on shared experiences through the power of storytelling; complicate our definition of failure by examining historical and ongoing systemic barriers that undermine success; affirm our shared strengths in resilience and resourcefulness; and build and strengthen community ties.

Adilah Barnes (Cowell ‘72, Individual Major in Black Theater, Theater Arts), is an award-winning actor with over 50 years of film, television, and stage credits is probably best known to television audiences for her role as Anne Marie on ABC's Roseanne for six seasons. Recent TV appearances include ABC's The Middle, NBC’s Harry’s Law and Prime Suspect, and CBS's Cold Case. Her film credits include the blockbuster award-winning Erin Brockovich and Murder by Numbers. Barnes co-founded the Los Angeles Women's Theatre Festival, an annual multicultural solo festival now in its 25th year, and founded the Writers Well international literary retreat for women in Sharpsburg, Georgia. In 2016, Barnes was the first African American woman inducted into the Hall of Fame in her hometown of Oroville, Calif., and in 2017 she was honored, along with the Los Angeles Women's Theatre Festival, at the Inner City Cultural Center's 50th anniversary in Los Angeles.

This event would not be possible without the generous gift from the Jacques M. Littlefield Foundation.

We are grateful to our sponsors:

If you want to sponsor this event, have questions or need accommodations, please contact firstgen@ucsc.edu.