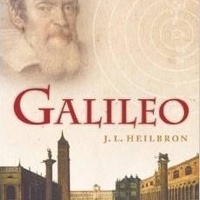 On the Tides': the book and physics that sank Galileo

The working title of the book we know as the Dialogue Concerning the "Two Chief World Systems" (1632) was "On the Tides."

When Galileo was finishing it, most interested persons in Rome knew he believed that he had found a strong, if not a decisive, argument for the Copernican system in the existence of tides. The Pope did not accept the argument and insisted that Galileo not mention the tides in the title lest unwary readers think that physics could prove the truth of the Copernican theory or of anything else.

The talk will describe Galileo's tidal physics and similar "marvels" (as he called them) presented in the Dialogue and concludes that they would not have passed peer review had there been any. This, however, was not the reason the Inquisition sentenced Galileo to perpetual imprisonment.