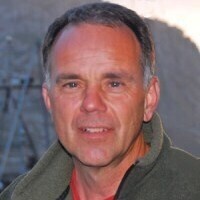 In this presentation, the sub-genera Cerastes and Ceanothus, especially the large concentration of species in the North Bay Area counties, will be explored. Identification of the low growing and prostrate species in the Sierra Nevada and Northwestern California, which have been the source of much debate and confusion, will be discussed with some interesting conclusions.

A self taught botanist and nature photographer, Jeff's photos have been featured in many books, such as "Conifers Around the World" and "Field Guide to Manzanitas". Raised in the Sierra Foothills, Jeff developed an interest in plants and began cultivating them in his yard, where he could observe them closely. Currently, Jeff is cultivating dozens of conifer species from Mexico and the western United States, along with many species of Arctostaphylos and Ceanothus.