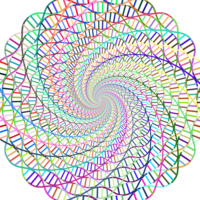 The Center for Creative Ecologies (CCE) will be collaborating with the Science & Justice Research Center (SJRC) graduate fellows to engage with readings around topics including: Direct-to-Consumer (DTC) genetic testing, racial justice, genetic essentialism and determinism, questions of classification by racial categories, and the ethics of having one’s genome sequenced.

There are four short readings:

Intro + Ch. 1, from Genetics and the Unsettled Past: The Collision of DNA, Race, and History. 2012. Edited by Keith Wailoo, Alondra Nelson, Catherine Lee. Rutgers University Press.

David Reich, Opinion: How Genetics is Changing Our Understanding of “Race.” – The New York Times, March 23, 2018; & Reich's response a week later on March 30: Opinion: How to Talk about Race and Genomics.

How Not to Talk About Race and Genomics: Buzzfeed response co-authored by natural and social scientists, legal scholars, and public health researchers – Buzzfeed, March, 30, 2018.

The reading group aligns with the SJRC event “No, Really, What Percentage are You?”: Genomics, Race, and Genetic Ancestry Testing which will take place on Saturday April 20th 2019 from 1:00-5:00pm at the Santa Cruz Museum of Art & History (705 Front Street).