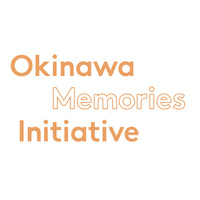 Fifty years ago this December, Okinawan protests against US military rule turned violent for the first and, so far, only time. On the anniversary, the Okinawa Memories Initiative will host a public discussion about the "Koza Riots," featuring an eyewitness photojournalist, an American army veteran who had been stationed in Okinawa and two Okinawan American scholars reflecting on race and the meaning of the event fifty years on in the days of Black Lives Matter.

The event will kick off with remarks from Alan Christy, Director of the Okinawa Memories Initiative. We will then journey to Okinawa, where we will hear from Kazuo Kuniyoshi, who will discuss Mr. Kuniyoshi’s experience on the streets of Koza as a photojournalist and resident of the city on the night of December 20, 1970. Their conversation will feature photographs taken by Mr. Kuniyoshi that night as well as a tour of the district as it is today. The conversation will continue between Stan Rushworth and Dustin Wright, Associate Director of OMI, who will discuss Mr. Rushworth’s experiences as an American soldier stationed in Okinawa during the Vietnam War. Finally, we will hear from Alexyss McClellan-Ufugusuku and Wesley Ueunten who will discuss the meaning of the Koza Riot/Uprising from the perspective of the global Okinawan diaspora. The program will also feature music by Wesley Ueunten, Francis Wong and Scott Oshiro as interludes between interviews.