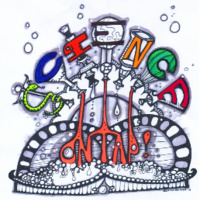 Science on Tap: Mapping the Missing Matter in Our Universe''

Fast Radio Bursts (FRBs) are mysterious events that were discovered only in the last decade by astronomers. They last a few milliseconds at most but are extremely bright sources of radio waves. They are so bright that we can spot them from distant galaxies. Although we are not fully certain how they are produced, we already have some ideas about how we can use them to study the universe. According to simulations, matter in the universe is distributed along filamentous structures which make up the "cosmic web". Unfortunately, most of this matter is fully ionized and therefore invisible to optical telescopes. This is where FRBs come in. Just like a prism dispersing the individual colors of sunlight, the ionized matter disperses FRBs and the amount of dispersion depends on how much matter is between the source and the Earth. In our most recent work, we have tried to leverage the observed dispersion of FRB 19068, an event detected by the Australian Square Kilometer Array Pathfinder, to study the matter between us the source. Augmenting it with data from the Sloan Digital Sky Survey and our own optical observations, we showed that it is possible to map out the ionized matter to a considerable extent. Our study represents a proof of concept and we expect astronomers to routinely use similar but more refined techniques to make inferences of the cosmic web.