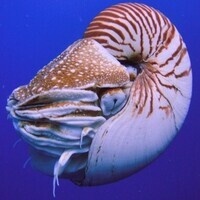 Science Sunday—Cephalopods Are the New Dinosaurs

Before there were mammals on land, there were dinosaurs. And before there were fish in the sea, there were cephalopods—Earth’s first truly substantial animals and the ancestors of modern squid. With dozens of tentacles and formidable shells, they presided over an undersea empire for millions of years.

Join scientist and writer Danna Staaf, Ph.D. for a reprise of last year’s popular talk, complete with the latest news about “alien octopuses” and ancient ammonites trapped in amber. Stay for a signing of Staaf’s book Squid Empire: The Rise and Fall of the Cephalopods, which was named one of the best science books of 2017 by NPR Science Friday.

Join the Seymour Marine Discovery Center on the third Sunday of every month (except December) for a public lecture from a marine scientist, who presents current research and topics in an entertaining and easy-to-understand format, with up-to-date photos, video, and discussion. Science Sunday is for everyone interested in the world around them.