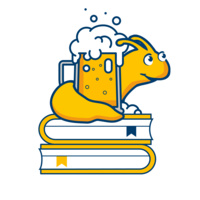 Whales are the largest animals on the planet and inhabit oceans around the world from the tropics to the poles. Whales spend nearly all of their lives underwater and out of view of researchers. While biologging tools have allowed us to track the underwater movement of these ocean giants and describe their behavior, the development of tags that include animal-borne video cameras has opened up a new world to researchers and the general public. From a whale’s perspective, we can now visualize the environment in which whales live and better understand the decisions they make and the behaviors they employ. In this talk we will explore the underwater lives of the largest and the smallest baleen whales in local and the the most remote parts of the planet: blue whales from California, humpback whales from South Africa, and minke whales from the Antarctica. Not only does this novel perspective provide information about the whales and their environment, but it also provides insights as to how anthropogenic impacts including climate change are affecting these animals.

Ari Friedlaender is an Associate Researcher at the UCSC Institute for Marine Sciences.  Ari’s research focuses on using biologging technology to study the underwater behavior of marine mammals.  More specifically, Ari is interested in the foraging ecology of these ocean giants and how environmental change impacts these animals.  Ari has lead pioneering studies of whales in Antarctica for over 20 years to understand the impacts of commercial whaling and rapid climate change. Locally in California, Ari has worked for a decade to study the impacts of navy sonar and other anthropogenic stressors on the behavior and survival of marine mammals.  Ari works with several different organizations to promote science and conservation including being a National Geographic Explorer and World Wildlife Fund Ambassador and is currently working with BBC and Netflix on documentary films.  Ari is also passionate about broadly using information to engage diverse audiences and works with the UCSC Institute for Arts and Sciences, Art Department, and Science Communication Department to develop new ways of communicating science through art and media.