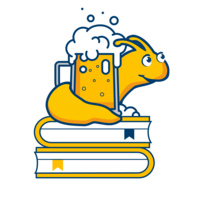 Slugs and Steins: The Neurodiversity Perspective of Autism: What it is and How it Matters

According to the neurodiversity perspective some neurocognitive differences that are taken to be disorders should instead be understood as forms of human diversity. Proponents of this perspective, as it applies to autism, claim that autism is an ineliminable aspect of an autistic person’s identity and that atypical functioning and modes of experience associated with autism are made disabling by lack of accommodation by society, not by the condition itself. This talk will critically examine conceptual, ethical, and political dimensions of the neurodiversity perspective on autism to explore its significance both within the academy and outside it.

Janette Dinishak is an Associate Professor of Philosophy and Associate Director of the Center for Public Philosophy at the University of California, Santa Cruz. She specializes in the philosophy of psychology and psychiatry, the 20th century Austrian philosopher, Ludwig Wittgenstein, and the ethics and epistemology of other minds. Much of her research and teaching takes an interdisciplinary perspective and focuses on autism, disability, neurodiversity, and the pathologization of human differences.