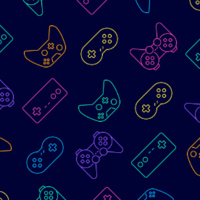 Slugs & Steins: There are No Single Player Video Games

In contrast to the popular stereotype, video game playing has never really been a solitary endeavor. Like most forms of play, video gameplay has a history of shared experience - even those games that are ostensibly “single-player” are most often experienced in groups: siblings, friends, or just acquaintances frequently play together, watch others play, or just swap stories, generating a community that transcends the game itself. In the age of the internet, this has never been more true, and Michael will explore the modern “meta-game” of video game players in the context of something near and dear to his heart - the Spyro the Dragon games that launched 20 years ago and have generated a large and dedicated internet following - and which he played a substantial role in creating. In particular, Michael shows how some decisions that seemed inconsequential 20 years ago have been pivotal to today’s world of speed-runners, glitch-hunters, and amateur historians.

Michael John (MJ) is an Associate Teaching Professor of Computational Media at UC Santa Cruz. He is also the program director of the Games & Playable Media MS degree program and teaches courses in game design, game development, and game programming. MJ has a special interest in level design, creative development methodologies, and coding instruction for non-technical creatives. Prior to UC Santa Cruz, he worked in the commercial video games industry for more than 20 years with companies such as Electronic Arts, Sony and others, and in the nonprofit educational games field as a co-founder of GlassLab.