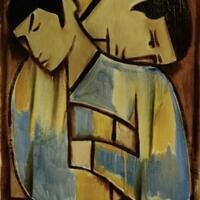 Menagerie--the Trial of Spock, An Opera in Three Acts Based on the Star Trek Teleplay by Gene Roddenberry

At this free workshop performance, you'll hear UCSC faculty Sheila Willey and Emily Sinclair in the powerful soprano roles of this gender-reversed 'Orpheus' story, featuring a talented undergraduate orchestra, led by alumnus conductor William Long. Alumnus Aleksey Bogdanov is in the role of Captain Kirk. Ben Leeds Carson, a UCSC faculty member and Provost of Kresge College, wrote the music, and co-wrote the libretto with Lincoln Taiz and Lee Taiz.

In the last year, actor and director John de Lancie joined the writing/directing team. You may know John as "Q" from Star Trek, Next Generation, but he's since become an acclaimed theater and opera director (Atlanta Opera, San Antonio Opera). He'll be here this month as UCSC's theatrical director, and will be available after the show for a Q & A.