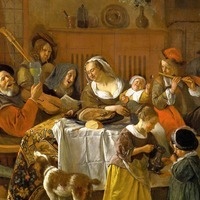 Summoning Spirits: Technologies of Intoxication in the Enlightenment

Over the course of the seventeenth and eighteenth centuries, psychoactive substances from gin and whiskey to cannabis and opium underwent rapid globalization. Enlightenment-era scientists and physicians tried to discover what they called the “occult virtues” of these drugs through an array of experimental methods - including testing them on themselves. This talk explores how the globalization of drugs, and especially alcoholic spirits, in the early modern period influenced science, commerce, and technology in a changing world.

Benjamin Breen is an assistant professor of history at UC Santa Cruz. He earned his PhD at the University of Texas at Austin in 2015 and was a postdoctoral fellow at Columbia University before coming to UCSC. His first book, The Age of Intoxication: Origins of the Global Drug Trade, is forthcoming from the University of Pennsylvania Press in fall of 2019.