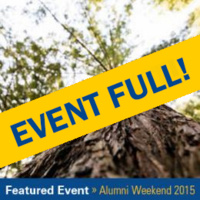 Tales as Tall as the Redwoods: Reflections on UCSC's Founding Years

NOTE: ROOM CHANGE TO STEVENSON ROOM 150. Join an animated roundtable discussion of faculty emeriti and alumni sharing stories about their experiences at UC Santa Cruz during its early years.

Peter Kenez (Professor Emeritus)
Multiple generations of UC Santa Cruz students recognize the name Peter Kenez. A Ph.D. graduate from Harvard University and celebrating 50 years on campus in 2016, it is not uncommon for students ask, "Does Peter Kenez still teach history here? My dad was a student of his!" A wonderful opportunity to hear the wisdom of a much beloved pioneer.

David Thomas (Professor Emeritus)
David Thomas was a professor of politics at UCSC from 1966 to 1999. From 1980, he taught a course, whose final title was "Sexual Politics: Queer Politics." The course was a major contribution to queer life at UCSC and was one of the first of its kind in the United States. A true trailblazer in his field and one we welcome home for Alumni Weekend.

Gregg Herken (Stevenson '69)
Gregg Herken is a distinguished UC Santa Cruz alumnus and Professor Emeritus of History at the University of California. He taught at Oberlin College and Yale before becoming a Founding Faculty member at UC Merced. He is the author of five books and was a finalist for the 2003 Los Angeles Times Book Prize in History.

Linda Peterson (Stevenson '70)
Linda Peterson currently serves as a UC Santa Cruz Foundation Trustee and Associate General Counsel at Occidental Petroleum. Her distinguished career includes tenures as Director of the The Mary Magdalene Project, President of the Los Angeles Chapter of the American Corporate Secretaries and Governance Professionals, and founding member of the Board of Directors of Theater By The Blind (now theater Breaking Through Barriers), a New York City-based theater
company that works with the disabled.

Gail Hershatter - Moderator
Gail Hershatter is Distinguished Professor of History at the University of California, Santa Cruz, where she has taught since 1991. Her books include The Workers of Tianjin, 1900-1949 (1986), Personal Voices: Chinese Women in the 1980s (with Emily Honig, 1988), Dangerous Pleasures: Prostitution and Modernity in Twentieth-Century Shanghai (1997), Women in China's Long Twentieth Century (2007), and The Gender of Memory: Rural Women and China's Collective Past (2011). She chaired the History Department from 2010-2013 and is a former President of the Association for Asian Studies (2011-2012).

This event is at capacity and no longer taking reservations.