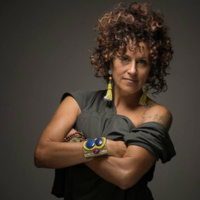 jackie sumell is a multidisciplinary artist and activist whose powerful and poignant socially-engaged art project, Solitary Garden, will be on view at UC Santa Cruz November 5, 2019- December 6, 2020. A deep commitment to addressing the abuses of the American criminal justice system drives sumell's art practice, as exemplified by her eleven-year collaborative project with the late Herman Wallace, one of the former Angola 3 prisoners, entitled The House That Herman Built. This project is the subject of a critically acclaimed documentary film aired on PBS, Herman's House.

Group
Institute of the Arts and Sciences
Hashtag