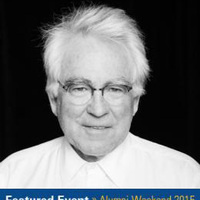 UCSC Alumnus (Grad Division) Ron Yerxa has produced several film comedies including ELECTION, LITTLE MISS SUNSHINE, and NEBRASKA. In a conversation which might include some film clips, Ron and Wallace will discuss comedies which provide an escape from the ordeal of American life and those that embrace our social conditions head-on. Not every year since UCSC opened will be fully discussed.

For more information contact Meg Corman, Special Assistant to the Chancellor and VC of University Relations.