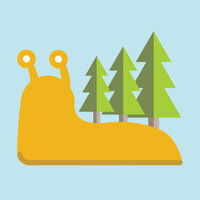 For Commencement 2015, we are honored to welcome back to campus distinguished alumni from a variety of fields and across the nation.

Cowell - John Laird, Secretary for Natural Resources, State of California
John Laird was appointed California Secretary for Natural Resources by Governor Jerry Brown in January 2011. He has spent 35 years in public service, including 23 years as an elected official. Laird served from 2002 to 2008 in the California State Assembly, representing the 27th District, and was appointed chair of the Assembly Budget Committee early in his tenure and had 82 bills signed into law, including the landmark Laird-Leslie Sierra Nevada Conservancy Act. Laird previously served as mayor and city council member of Santa Cruz. He was one of the first openly gay mayors in the U.S. and also one of the first to serve in the California legislature. John is the Chair of the 50th Anniversary Leadership Committee.

Merrill - Cynthia Chase, Nonprofit Director, University Instructor
Chase earned her bachelor's degree in psychology in 2001 from UCSC, Merrill College. She then received her master's degree in social work from San Jose State in 2005. Chase is the director of GEMMA, a nonprofit supporting re-entry for incarcerated women in Santa Cruz County which has resulted in major reductions in recidivism. She was elected to the Santa Cruz City Council in 2014. She also teaches at the School of Social Work at both San Jose State and CSU Monterey Bay.

Porter - Julia Sweig, Senior Research Fellow, Lyndon B. Johnson School of Public Affairs at the University of Texas, Austin.
Julia is an internationally recognized authority on Latin America and U.S. foreign policy, especially with respect to Latin America.An award-winning and prolific writer, she is the author of Inside the Cuban Revolution: Fidel Castro and the Urban Underground (2002), Friendly Fire: Losing Friends and Making Enemies in the Anti-American Century (2006), and Cuba: What Everyone Needs to Know (2009). Her writing also appears in the New York Times, the Washington Post, the Los Angeles Times, the Financial Times, Foreign Affairs, Cigar Aficionado, The Nation and a host of international publications--in Spain, Mexico, Brazil, and Cuba, for example. She is on our 45 + 5 list.

College 8 - Sheila Davis, Executive Director, Silicon Valley Toxics Coalition
Over the past 10 years, Sheila Davis has played a valuable role at SVTC and in shaping environmental policy in the high-tech industry. She is one of the co-founders of the Computer TakeBack Campaign and sits on its steering committee. In 1996 she researched and developed the first electronic recycling legislation to reach the California Governor's desk and in 1999 spearheaded the first pilot programs in the country to collect and recycle electronic waste from the residential curbside. Before becoming SVTC's executive director, she served as program director of SVTC's Sustainable Technologies Program (formerly the Clean Computer Campaign). Sheila's research, advocacy and policy development led to a successful ban on hazardous electronic waste from the California municipal landfills and the subsequent passage of the first electronic recycling legislation in the nation. Sheila holds a Bachelor's Degree from the University of California and served as a journalist, state legislative aide and community development specialist before joining the staff of SVTC.

College 9 - Hector Tobar, Author, Journalist
Los Angeles-born author and former national and foregin correspondent for the LA Times whose work examines the evolving and interdependent relationship between Latin America and the United States. Hector is the author of four books, including the critically acclaimed, New York Times bestseller Deep Down Dark: The Untold Stories of 33 Men Buried in a Chilean Mine and the Miracle That Set Them Free. Deep Down Dark is a finalist for the National Book Critics Circle Award.

Haney, who holds psychology and law degrees, has spent his entire career watching prison populations grow while probing the psychology of imprisonment and the causes of violent crime. He has interviewed thousands of prisoners, many on death row or in solitary confinement in the nation's growing stable of "supermax" prisons.

Graduate Division - Joe Palca, Science Correspondent, National Public Radio
Joe Palca has covered a wide range of science topics--everything from biomedical research to astronomy. He also occasionally fills in as a guest host for NPR's Talk of the Nation Science Friday. Palca began his journalism career in television in 1982 as a health producer for the CBS affiliate in Washington, D.C., and then worked for Nature and Science magazines. He has won numerous awards, including the National Academies Communications Award for excellence in communicating science, engineering, and medicine to the general public. He has also received the Science-in-Society Award of the National Association of Science Writers, and the American Association for the Advancement of Science Journalism Prize. In 2009 Palca was the first-ever science-writer-in-residence at the Huntington Library in San Marino, Calif. With Flora Lichtman, Palca is the coauthor of Annoying: The Science of What Bugs Us (2011), which explores psychology, evolutionary biology, anthropology, and more, to uncover the roots of human annoyance. Joe is on our 45+5 list.

Engineering - Bev Crair, General Manager, Storage Division at Intel Corporation
Bev has an MBA from Pepperdine and is an executive with extensive storage industry experience and is a proven leader. She has successfully led teams building sophisticated, mission-critical software in a global environment. Bev has deep knowledge of operating systems and software development in closed and open source, and has worked at Unisys, Sun, Cisco, Quantum and now Intel. Bev got Intel to join UC Santa Cruz's NSF I/UCRC, the Center for Research in Storage Systems.